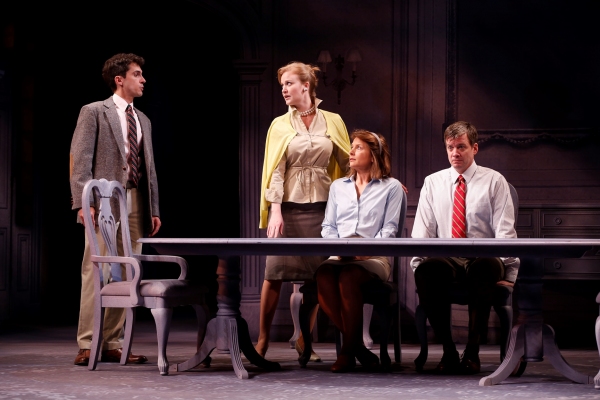 Lovely. Mr. Socarides is likably hateful as an architect who recommends eliminating the formal dining room… and he walks a fine line between youthful ignorance and youthful ruthlessness as a student whose aunt is flattered that he wants to photograph her until she learns it is for an anthropology-class project on, yes, vanishing cultures… In a later scene, he and the cast have particular fun proving that affluent Anglo-Saxon Protestants do get angry. “My own brother has been publicly insulted at his club!” Mr. Socarides shouts. And in the land of Gurney’s people, what could be worse?

Superior. I can’t imagine The Dining Room being done better than this. The ideal cast acts together as though they were (dare I say it?) members of the same family.

Five stars. A delight from beginning to end. Each of the six cast members have distinguishing moments, but their genuine accomplishment is their ability to disappear into their many roles… Charles Socarides shines.

Splendid. A perfectly matched ensemble. They are all terrific. 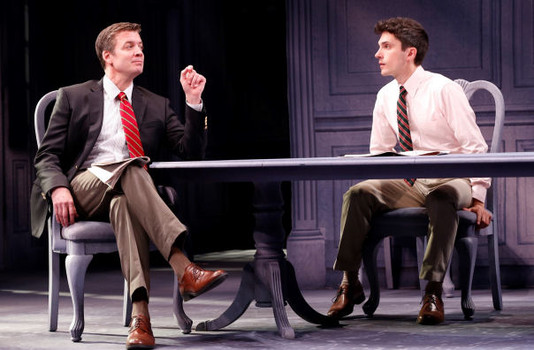 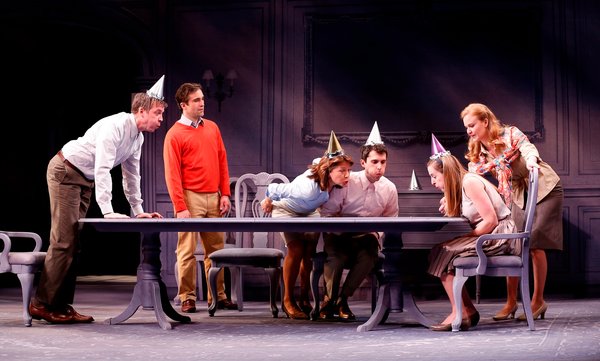 The full company at curtain call.